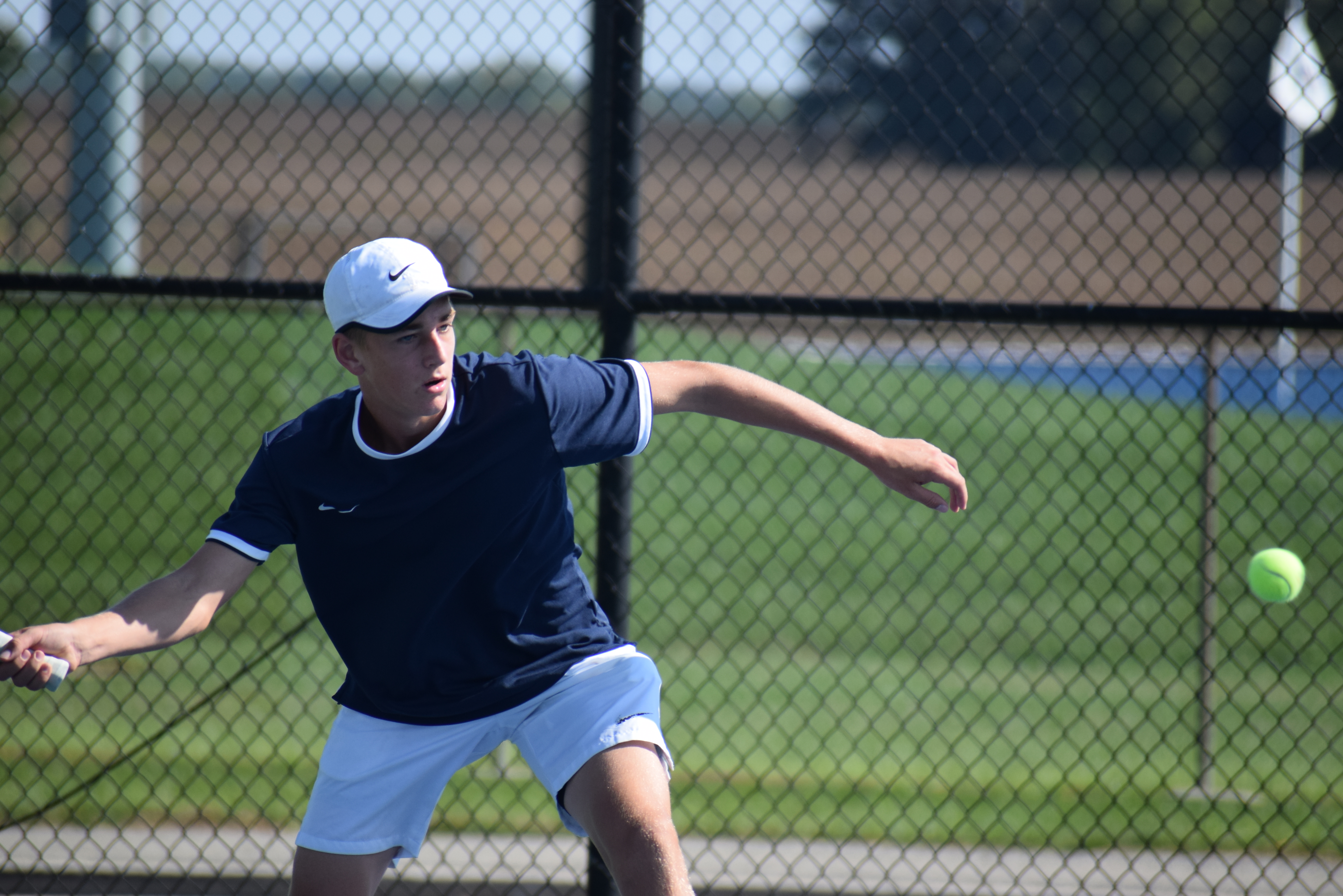 Boys’ tennis teams from Delta and Marion have had some epic battles in the regional in recent years. They met again Tuesday night, but this time the result was more one-sided than normal.

Delta (18-3) will face Lapel in the regional finals at 5 p.m. Wednesday at the Marion courts. The Eagles will be vying for their seventh straight regional title and a berth in the Homestead Semi-State on Saturday.

No. 1 singles player Tannon Dishman cruised past Marion’s Noah Lyons, 6-1, 6-1. Dishman is now 20-4 for the season and has 76 career victories, which moves him past former stars Andy Rector and Ethan Grove into eighth place all-time for Delta Tennis.

Delta continued its hot play in doubles. Neither Eagles’ doubles team has lost since Sept. 1st. Joel Ashman and Brandon Jackson won for the 15th straight time at No. 1 doubles as they beat Marion’s Jonathan Walts and Jack Fauser, 6-2, 6-3. Ashman and Jackson improved to 21-2. Walts and Fauser had lost only once all season prior to this match.

Michael Curtis and Mason Knight notched their 14th straight win at No. 2 doubles. They dominated Caleb Spitzer and Ethan Eltzroth, 6-1, 6-0.

Another undefeated player awaits Delta in the regional finals. Lapel’s Jesse McCurdy is unbeaten for the season at No. 1 singles.