The Varsity Football team opened its season last night with a 34-15 victory over the Jay County Patriots. Offensively the Eagles scored 4 touchdowns. Quarterback Cade Jones Hooked up twice with Wide Receiver Jalen Robinson. Joe Spegal had the other two scores on rushing touchdowns behind a very determined offensive line. The defense got into

This season the girls’ volleyball team received a blessing in disguise when 6-foot-1, 16-year-old foreign exchange student Emily Langguth from Leipzig Germany decided to play volleyball at Delta. Langguth has been playing volleyball for more than six years and wanted to continue when she arrived here in Muncie. Langguth is in the Eagle lineup as

The Varsity Volleyball team defeated the Jay County Patriots tonight in 3 straight games. The game scores were 25-20, 25-12, and 25-13. Leaders for the eagles were Marissa Elam with 15 kills, Teaghen Dishman with 18 digs, Madison Bergren with 37 assists, and Marissa Elam with 2 blocks. The Lady Eagles are now 2-0 and

The JV volleyball team was victorious tonight versus Jay County in 2 straight games. They took the first game 25-8 and won the second game 25-17. Leading the Eagles was Sarah Ogle with 3 kills, Kelsee Roe with 12 assists, and Seleste Musick with 4 aces. They are now 2-0 on the season and will 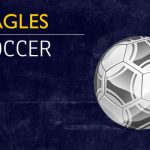 The Lady Eagles soccer team came up just short tonight against the Eastbrook Panthers, falling 5 to 4. Bailee Allen scored 3 goals for the Eagles. Kendall Pursley scored the Eagles other goal. The Lady Eagles will be back in action Saturday in their home opener versus the Marion Giants. Game time is set for

The boys soccer team was victorious tonight versus the Blackford Bruins winning 3 goals to nil. For the second straight game they were able to hold their opponent scoreless behind a stout defense and goalkeeper Dylan Christman. Logan Pyron gave himself a couple of nice birthday presents scoring 2 goals for the Eagles. The 3rd 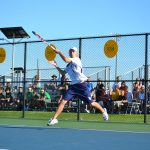 Friday, August 23rd, the Delta boys tennis players will travel to Jeffersonville, Ind., for their first matches of the 2013 season.  With seven of the eight teams at the invitational finishing their 2012 season with a state Top 25 ranking, the competition will be tough. For the 2012 season, Delta tied for a ranking of 18 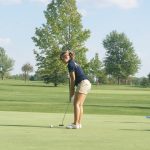 The Delta girls golf team is full of enthusiasm and experience. The team has six returning seniors who are ready to finish their last year strong. The seniors are Jami Parsons, Rachel Russell, Tamara Modglin, Mollie Elliott, Emily Grant and Kirsten Hagen. Many of the girls have been on the team all four years of 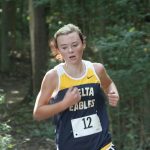 Delta Cross Country is only looking up from here. The team features a variety of new hope for the upcoming season, from inspiring freshmen to juniors and seniors helping to fill the shoes of our graduates. Nathan Hahn, junior, has made big achievements since freshman year, both personally and for the boys’ team as a whole. He 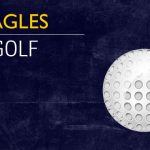 The Lady Eagle Golfers came up just short in a three way match last night at Tri County Golf Club with Shenandoah and Mt. Vernon. The Eagles shot a 172, 5 strokes behind Mt. Vernon who shot a 167. Scores for the Eagles were Tamara Modglin 41, Rachel Russell 43, Jami Parsons 44, Ashley Powell